Bob and Marge McGregor didn’t know the journey they were in for when they began searching for suitable vineyard land around Keuka Lake in the late 1960s. However, they were certain it would change their lives and their children’s lives forever, and hopefully, for the better. A series of serendipitous moments led Bob to meet David Stewart (and wife Elizabeth), who was interested in helping make Bob’s dream a reality. In 1971, they purchased about 70 acres of land on the east side of Keuka Lake. Not only did this land seem to be well suited for planting grapes, but it offered one of the most spectacular lake views known in the Finger Lakes.

At the time, Bob, Marge, three daughters and a newborn son, lived outside of Rochester, New York. Bob was a physicist working for Kodak and Marge a homemaker.They were very socially active in many groups around Rochester.Perhaps, most relevant, Bob was an avid home winemaker. In 1973, the McGregors invited other local home winemakers to their home and the group decided to form a Rochester chapter of the newly created American Wine Society. This chapter eventually became one of the largest in the United States!

In the early 1970s, it was a very unconventional idea to start a vineyard in the Finger Lakes with the goal of growing vitis vinifera grapes. These grapes were first successfully planted in the Finger Lakes in the mid 1950s and few farmers thought this a wise investment.  Additional plantings of these grapes were few and far between. In the spring of 1972, the McGregors were determined to devote their vineyard land to growing these grapes. First plantings included Pinot Noir, Cabernet Sauvignon, Riesling, Chardonnay and soon after, Gewürztraminer. This was the age of vinifera experimentation. What root stocks are most compatible?  What is the best approach to pruning?  What kinds of spray program works most effectively? How do we get the vines to survive our winters?  How do we manage yields to get proper ripening?

Bob’s endeavors were quite successful and in 1980, he and Marge decided it was time to open a winery.  This first vintage was spectacular and its quality surprised many in the industry. “This is Pinot Noir, from New York?!” Even the esteemed Leon D. Adams, author of The Wines of America, proclaimed that McGregor Vineyard produced some of the finest wines in the Finger Lakes. As the decades have passed on from this first vintage, McGregor Vineyard remains committed to producing vinifera wines only from the grapes they grow. Everything is done by hand and vineyard yields are kept very low, between 1-2 ½ tons per acre. Quality continues to be the muse, just as it was on the first day of planting back in the spring of 1972. 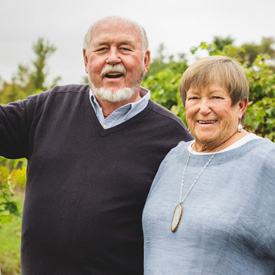 Bob and Marge McGregor are the founders and proud to be some of the earliest pioneers that brought Vinifera grape growing and wines to the Finger Lakes. 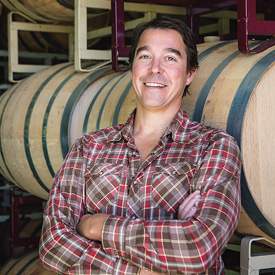 John McGregor, son of Bob and Marge McGregor is the second generation running the vineyard and winery. 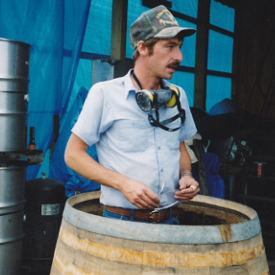 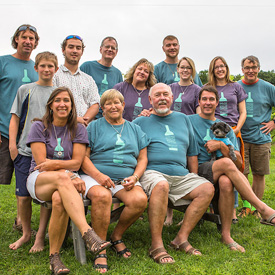 Our family is proud to bring you our heritage and commitment to producing the finest wines possible- in vino veritas! 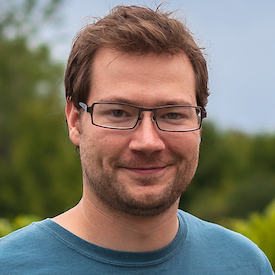